In an environmentally transformational action/initiative, and generating high student interest in acting as responsible, effective and caring individuals, Swami Rama Himalayan University (SRHU), has taken on an authoriatative/proactive step forward and imposed a complete ban on single use plastic.

This is in consonance with the Central Government’s latest mandate that has renewed the Plastic Packaging Residue Management Rules in the country, w.e.f February 16, 2022.

Under the new rules the roles and responsibilities of producers, importers, brand owners, and central and state pollution control boards have been clearly defined for plastic residue management. These rules have come into force with immediate effect.

Union Ministry of Environment, Forest and Climate Change has embarked on a deeply considered mission, aimed at combating the plastic menace, by promoting fully recyclable plastic in the country. The ministry is resolved to strengthen the recycle economy, especially of plastic packaging residue and also has in view new alternatives to plastics. In furtherance to this the Ministry has designs on preparing diesel from plastic waste. SRHU has expressed complete confidence, that the aims and core direction of the governmental order will be taken in the manner of a true mission.

Environmental protection will continue to be the keel at SRHU, with emphasis on creation of Plastic Banks and allowing for no laxity in this regard. With the objective of scientific disposal of plastic waste, the first of the Plastic Banks was inaugurated by the Vice Chancellor Dr Vijay Dhasmana; Shri Anoop Nautiyal, founder of Social Development for Communities ( SDC); and Dr Indrajit Ghosh, Scientist at the Indian Institute of Petroleum, Council of Scientific and Industrial Research. 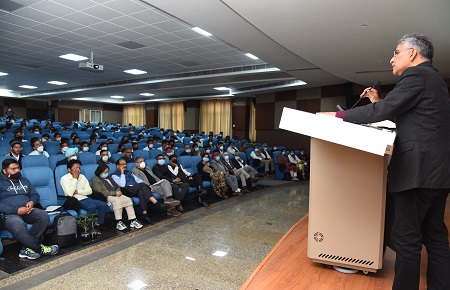 Shri Anoop Nautiyal, founder Social Development for Communities, addresses students at SRHU on the significance of purposeful and enduring collective action, to save Planet Earth from plastic menace. 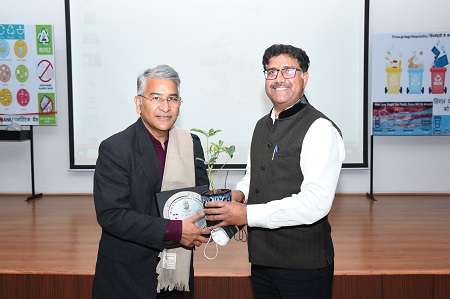 Shri Anoop Nautiyal, founder Social Development for Communities receives a token of thanks from the Vice-Chancellor of Swami Rama Himalayan University. 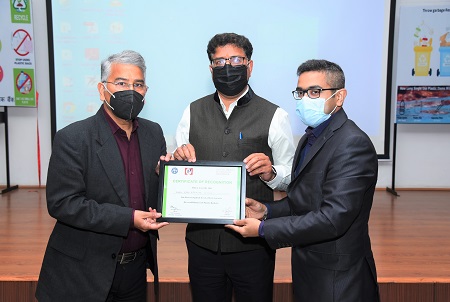 Vice Chancellor Dr Vijay Dhasmana receives the ‘Certificate of Recognition’ for commitment to the cause of ‘Plastic Banks’ by Shri Anoop Nautiyal, founder Social Development for Communities; and Dr Indrajit Ghosh, Scientist at the Indian Institute of Petroleum, Council of Scientific and Industrial Research.